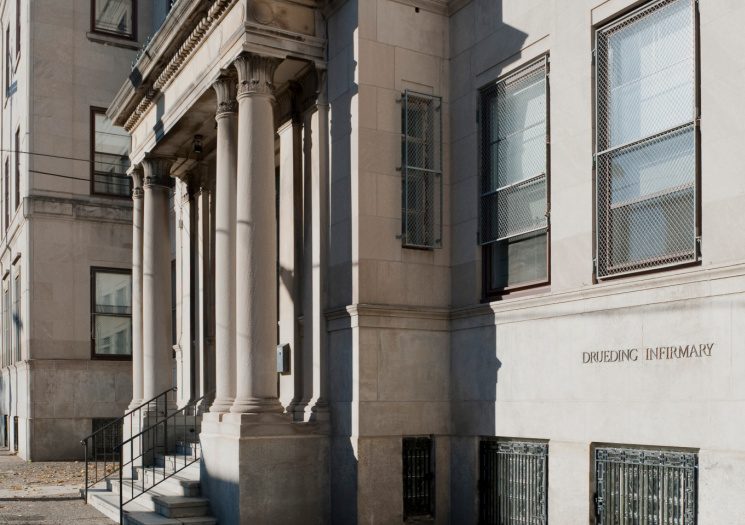 Philadelphia, Pa. – December 2022 – Looking back on 35 years of service to the city’s most vulnerable, Drueding Center has served more than 4,200 Philadelphia families who have experienced homelessness and food insecurity.

The Drueding family gifted the building at the corner of Master and Lawrence streets, once known as the Drueding Infirmary, to the Sisters of the Redeemer in the late 1980s, and they opened its doors as Philadelphia’s first transitional housing program. Drueding Center was incorporated as a non-profit organization. With the help of the Department of Housing and Urban Development (HUD), renovations were made and services were added, including child care. Called Project Rainbow at the time, the facility was able to house up to 20 families. Since then, Drueding Center’s services have expanded well beyond transitional housing.

Drueding Center marked its 35th anniversary in 2022. “It all started with a study in 1986 that revealed an urgent need for transitional housing,” said Anne Marie Collins, who has been with the center for 30 years, and has served as executive director since 2004. “So many necessary services have been offered to the community through Drueding Center since that first year,” she said. Collins explained that Drueding Center is now organized into three divisions: transitional housing, community programs, and child care services. The center is also home to the Green Light Food Pantry, which provides exclusively healthy food such as fresh produce, dairy and proteins.

Collectively, Drueding Center’s programs and services have been a steady source of support for the city. “The city’s response to homelessness is working,” said Elizabeth G. Hersh, director at the city’s Office of Homeless Services. “Philadelphia counts on organizations like Drueding Center to step up and provide real solutions to real challenges. On behalf of the Office of Homeless Services, I want to thank everyone at Drueding Center and congratulate you for reaching 35 years of remarkable service to Philadelphia.”

While parents in transitional housing focus on work, school and their own growth, Drueding Center’s child care program is licensed and committed to provide high quality early childhood education, regardless of a family’s circumstances. The center earned 4A Keystone STARS, the highest designation from the Pennsylvania Office of Child Development and Early Learning. This early childhood education is available to children ages five and younger, from families in the center’s residence, former residents, and families from the local community.

“Drueding Center has been a source of great pride and joy for us,” said Mike Laign, President and CEO of Redeemer Health. “The center provides Philadelphia with success stories year after year, helping the city respond to challenges like homelessness, food insecurity and early education for families in need. I am confident that Drueding Center leadership and its board will continue to adapt to the changing housing and support needs of the families it serves and make a meaningful difference for many years to come.”

Success stories date back to the very dawn of Drueding Center’s influence on Philadelphia’s wellbeing. A young woman named Marlene found herself struggling with both homelessness and addiction, with her first two children already in tow in 1989. The 15 months she spent in Drueding Center’s transitional housing helped Marlene write the beginning of a new life story. A nursing degree, an undergraduate degree, and eventually a master’s degree in trauma counseling have given her the opportunity to provide direction for people just like her younger self. Now with five children and a team of grandkids, Marlene is a role model and a valuable resource to her city.

“The time I lived at Drueding Center was just the beginning,” Marlene explained. “They provided guidance for me for five years after that, and helped me transition into my own home. And now, all these years later, I’m still humbled by Drueding Center’s influence on the success of my life.”

The guidance Marlene mentions is after-care, providing follow-up support for up to seven years to former residents after they move into permanent housing. The support consists of home visits, connecting families with resources, and help with goal planning, Collins explained. There’s also the New Neighbors program, run in partnership with the local HUD office, supporting formerly homeless families who have a member with a disability. Additional support comes in the form of housing subsidy, case management, liaising with landlords, and more.

“Marlene’s story is particularly touching during this year’s milestone at Drueding Center,” said Charlotte O. McKines, Chair of the center’s board of directors. “It wasn’t just the transitional housing that made a difference to Marlene. It was the wrap-around support, the after-care guidance, the unconditional comfort while she healed and recovered from trauma. That positive energy gave Marlene the direction she needed to finish her education, raise her family and eventually provide care to people who need the same support she did. Drueding Center helped Marlene overcome homelessness and addiction, but the center also helped her find her life’s purpose and walked by her side during her journey toward being a counselor. She is an amazing success story. We are so proud of her!”

Collins was Marlene’s after-care case manager in the early years at Drueding Center. They recently had a reunion on the front steps of the center, when Marlene had the opportunity to hug Collins decades later. “It was so exciting to see her,” said Collins. “We haven’t seen each other for 25 years. Marlene is a prime example of what someone can accomplish if somebody believes in them.”

Marlene responded: “Everything that has been given to me, I pour into my clients, because I remember where I came from. I am truly grateful. You encouraged me. You never gave up on me.” 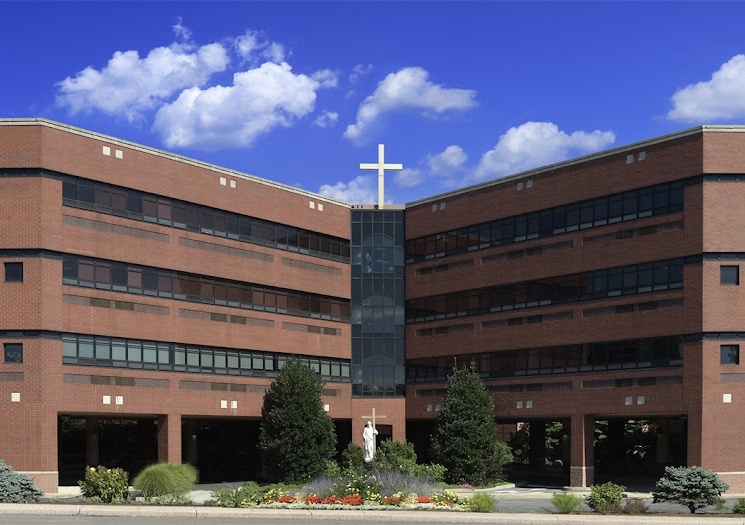 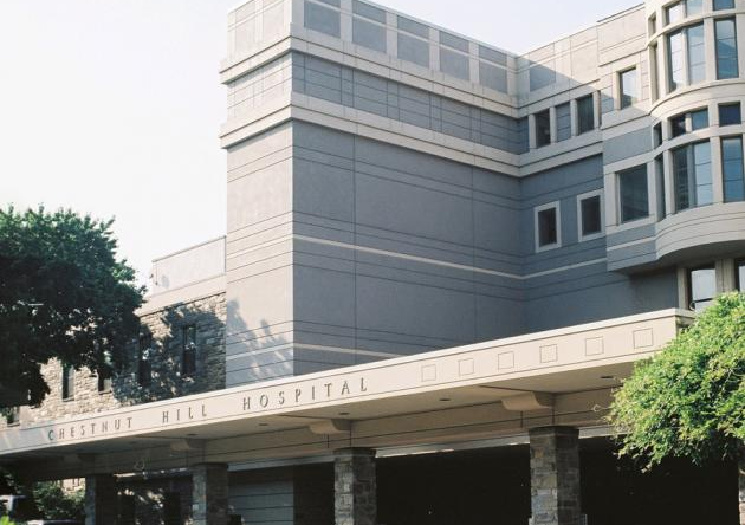 Chestnut Hill Hospital to be Officially Acquired on January 1 by Alliance Formed by Temple Health, Redeemer Health, and Philadelphia College of Osteopathic Medicine